Toy was Mel’s first serialised manga, published in Xuan Xuan Magazine in three parts in 2003 and early 2004. Influenced by Osamu Tezuka’s robot stories, the three issues follow a schoolgirl who loves animals, but can’t have a pet of her own, until one day a mysterious box arrives on her doorstep. Inside is Cross, an adorable machine pet who is also intelligent, empathetic and completely capable of ripping buildings to shreds.

Toy was a fusion of a great cartoon premise and domestic Australian life, with settings and architecture lifted from Mel’s hometown – and while Cross’s origins were hinted at by the arrival of a shadowy thinktank intent on retrieving their property, Toy was left incomplete, the last frame a full-page splash as an aggravated – and no longer adorable – Cross exploded out of a locker to defend its owner from bullies.

Named for a stray cat Mel met while on a walk with pals in 2004, Sockfeet’s Story was a suburban sci-fi epic that underwent multiple revisions over several years.

Originally a short slapstick comedy about an unwell young girl whose scientist father builds the family cat a set of cyborg legs after an accident, the script broadened to include themes of familial love, the value of strength and the need to “feel”. In the final draft, the protagonist discovers her father has built a robot duplicate of her body – and while she longs to have her brain placed in that powerful shell, strength isn’t the only desirable quality in a person.

The comedy stayed, but the story grew into mature and interesting sci-fi exploration of what it means to be human. 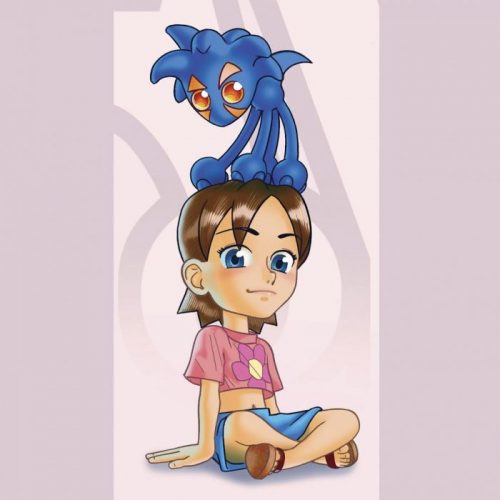 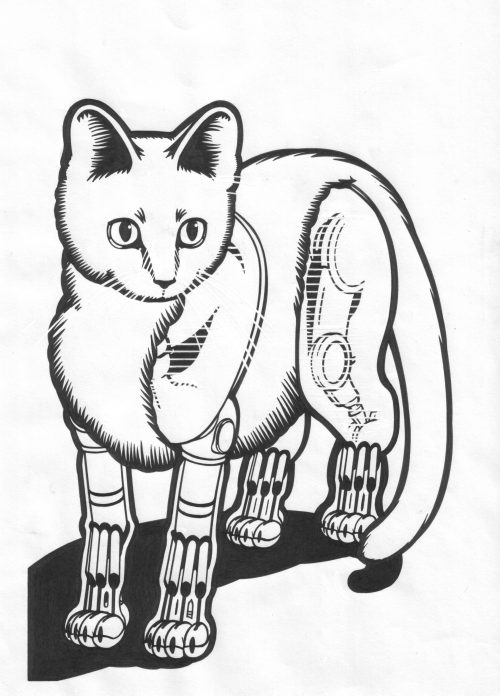