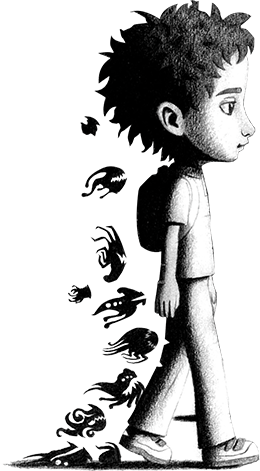 Do you sell the originals of Mel’s artwork?

No, as you can imagine our family is rather attached, it is very valuable to us as there will never be any more. We hope to hold future exhibitions around the country so we will need to hold on to the artwork. In the distant future we may decide to sell some original pieces or donate to an Art Gallery.

Do you sell prints of Mel’s artwork?

Yes, you can purchase prints of Mel’s previous Artworks and well as prints from Small Things. This can be done online here through our website via the ‘Art’ tab. Greeting Cards are also available for purchase on the ‘Greeting Cards’ tab for a more affordable option.

How did Mel pass away?

Mel took her life after a sudden and unexpected breakdown in May 2014. It is hard to say for sure whether there was a pre exisiting mental illness. Mel was not depressed when she started creating Small Things. She never had any diagnosis and was not taking medication for a mental illness, that the family was aware of. Generally Mel was a happy and positive person, who lived a fulfilled but short life.
In the 24 hours prior to Mel’s death, help was sought from two general practitioners and two local hospitals after arriving by an emergency ambulance. However Mel was never admitted due to confusion over zoning for our residential area. At a time of need, she was told that she needed to go to a different hospital to be admitted to a mental health ward. By this stage, after a long few days, Mel said that she was fine and decided to go home.

Families need to be more aware of the seriousness of metal illness and how it can affect anyone at any time and impact the whole family if help is not sought AND received by the requesting patient in an efficient manner. Our family believes that Small Things can help other families broach the topic of Mental Illness and have real conversations with their loved ones about how they are feeling in order to prevent Illness from taking a life too soon.

We believe Small Things can be used to help maintain Mental Health, it will raise awareness by helping sufferers feel understood; someone understands your pain and has depicted it with breath taking beauty. It seems somewhat ironic, that this book will help others and show that they are not alone, knowing what happened to her. We feel though, that in someway Mel’s story has the power to make this book even more important.

After Mel passed, how did the book still get published?

It was very fortunate that Mel had already secured the publishing contract back in 2010, she had made contact with Shaun Tan who put her in touch with Allen & Unwin book publishers.

As such our family did not have to do any of the really hard ‘hustling’ work to secure a publisher. It has been a long journey of multiple emails and decision making and today we are so proud to not only be able to offer the book for sale, but also have Prints and Greeting Cards available for purchase too.

What is Small Things about?

The message at the core is about early intervention, reaching out to others and turning to your family and friends for support. It is a universal story of sadness told simply and beautifully, just through illustrations, so that you can be moved purely by the powerful imagery, not by what you have been told to feel. It is a book for anyone who’s ever felt sadness, anxiety or depression no matter how old or young they might be. This book is a way to explain to others what depression and anxiety feels like, it is relatable and reminds you that you are not alone. The book cleverly depicts the emotions that can overwhelm someone suffering from a mental illness in a way that anyone can understand. Small Things tells the story of a little boy who feels alone with the worries he has inside, but who learns that help is always close by.

Where can I find your book?

Small Things should be available at all good book shops, or you can purchase it online here through our website via the ‘books’ tab.

Do you do talks at schools or conventions?

Violet Tregonning Mel’s sister, lives in Perth Western Australia. Violet is available to speak regarding the events that lead to Mel’s passing and about mental health awareness. However as she does work full-time she has limited capacity. Violet may speak at select events, once briefed with the criteria she will make a decision on whether she can accommodate it.

Are you on Social Media?